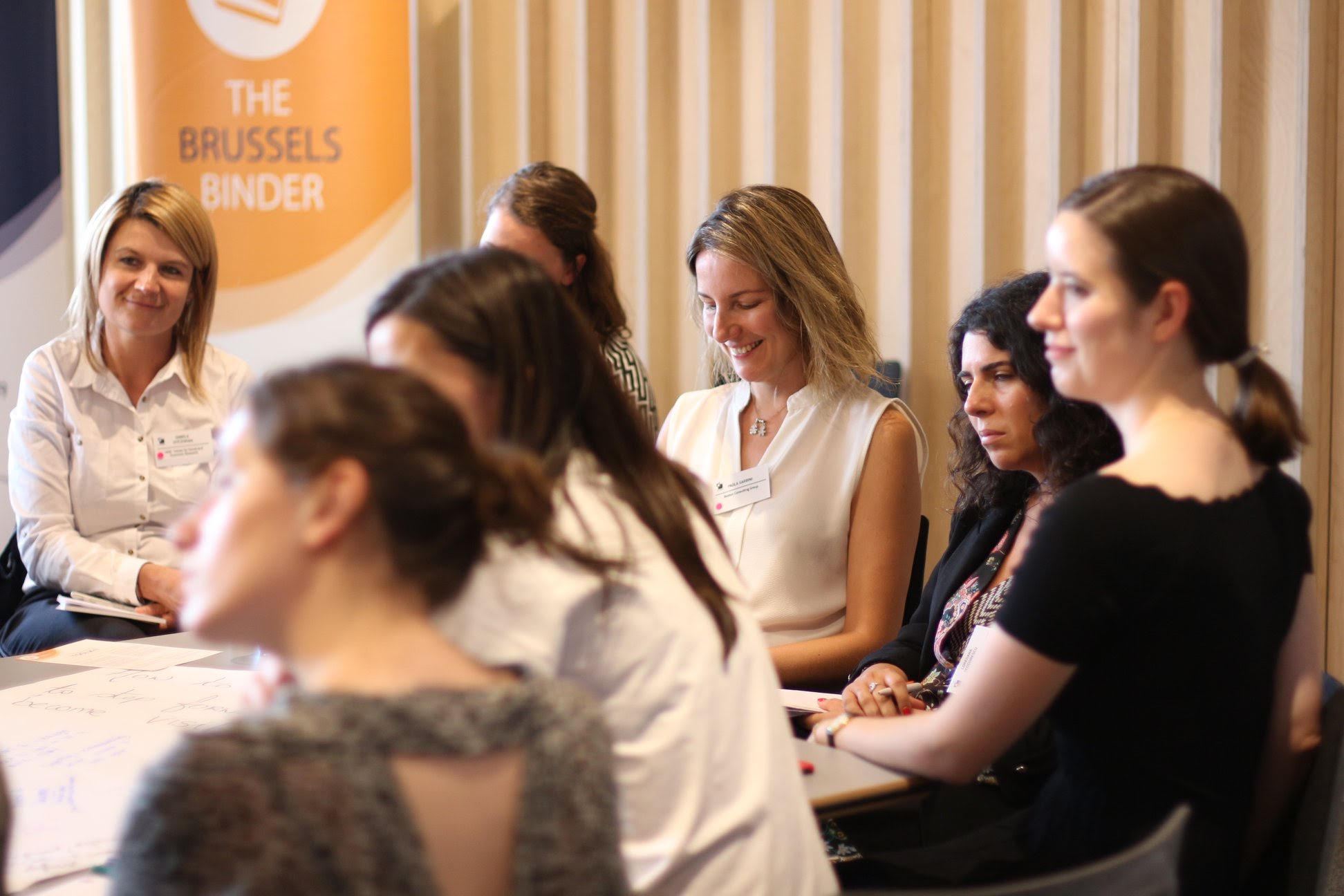 Attending and running events for the Financial Services industry means I often find myself as “the odd one out”, in rooms and stages that are filled prevalently with men.

Things have surely changed since I started my career in this sector back in 2007, but there is still a steep path ahead for an equal gender representation at such convenings.

When I was invited to represent BCG at the Brussels Binder Beyond’s launch event on July 18th and 19th I obviously jumped on the opportunity!

The Brussels Binder is an initiative aimed at fostering more female representation in policy debates and they recently received funding from the European Commission to launch Brussels Binder Beyond. #BBBeyond wants to support faster change by creating a pan-European network of women expert databases and like-minded organizations to help develop practical tools to give women’s voices the platform they deserve. 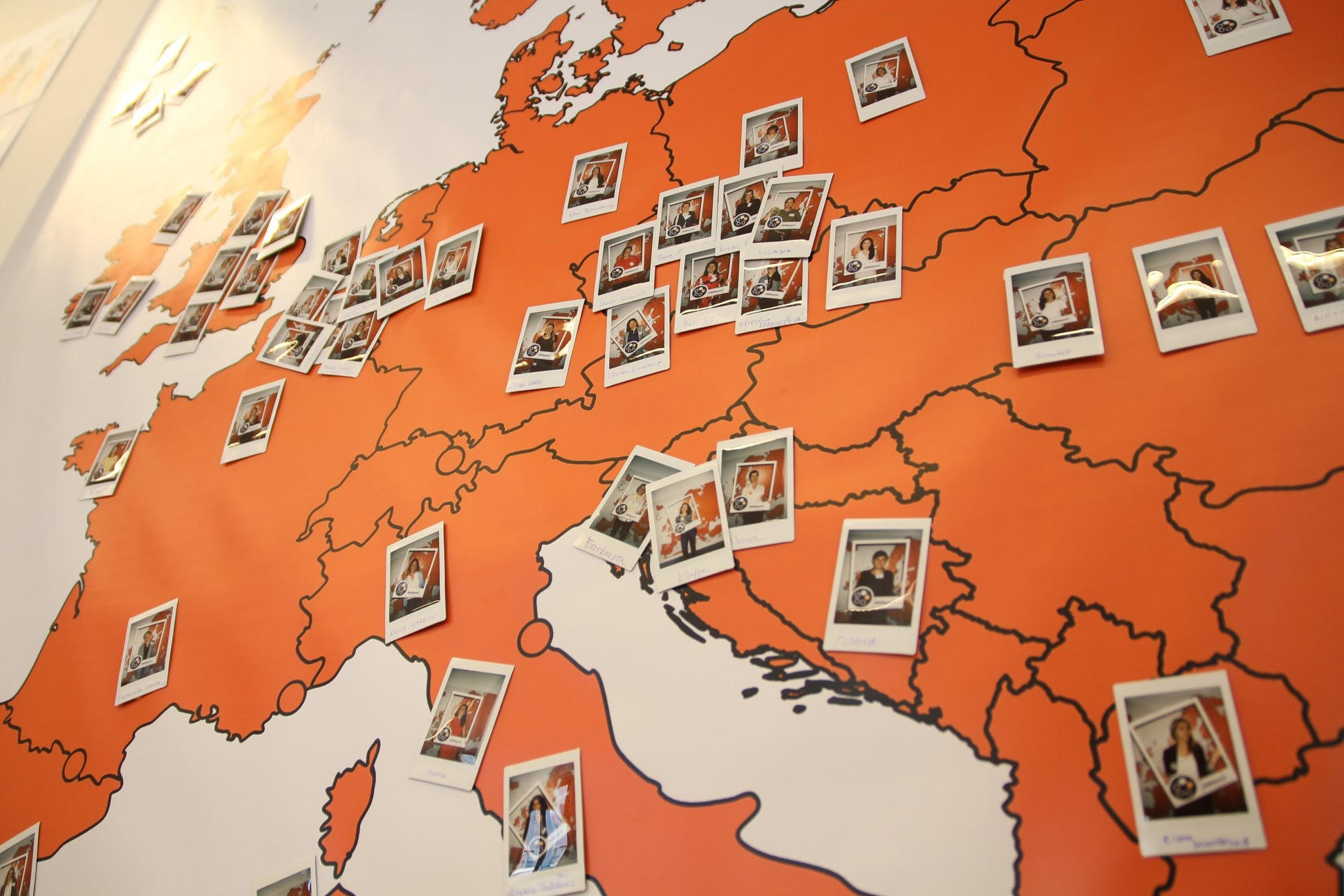 My reaction when I got into the room on the first of the two-day event was “wow”. Over 65 women representing 16 European countries were there! A map of Europe was hanging on a wall and they invited us to stick our polaroid picture on it and build a visual network. This simple exercise got me thinking. I did not know the majority of these women, yet we were all there for the same purpose!

Another “wow” moment came right after we got seated in a big circle and started introducing each other. Each of us briefly spoke about our role and why we were there. Well, in just 30 minutes I learnt about a gazillion of initiatives, think tanks, female groups, organizations, projects that we were collectively bringing forward in our own countries to push for women’s success in the public and private sectors! Needless to say, I did not know many of them either! The first day was a combination of workshops and plenaries aimed at making all this great content and ideas come to the surface, whilst the second day was meant to be more action-oriented. I filled my notebook with facts, numbers, learnings. It felt like every spoken word was a piece of gold to treasure. 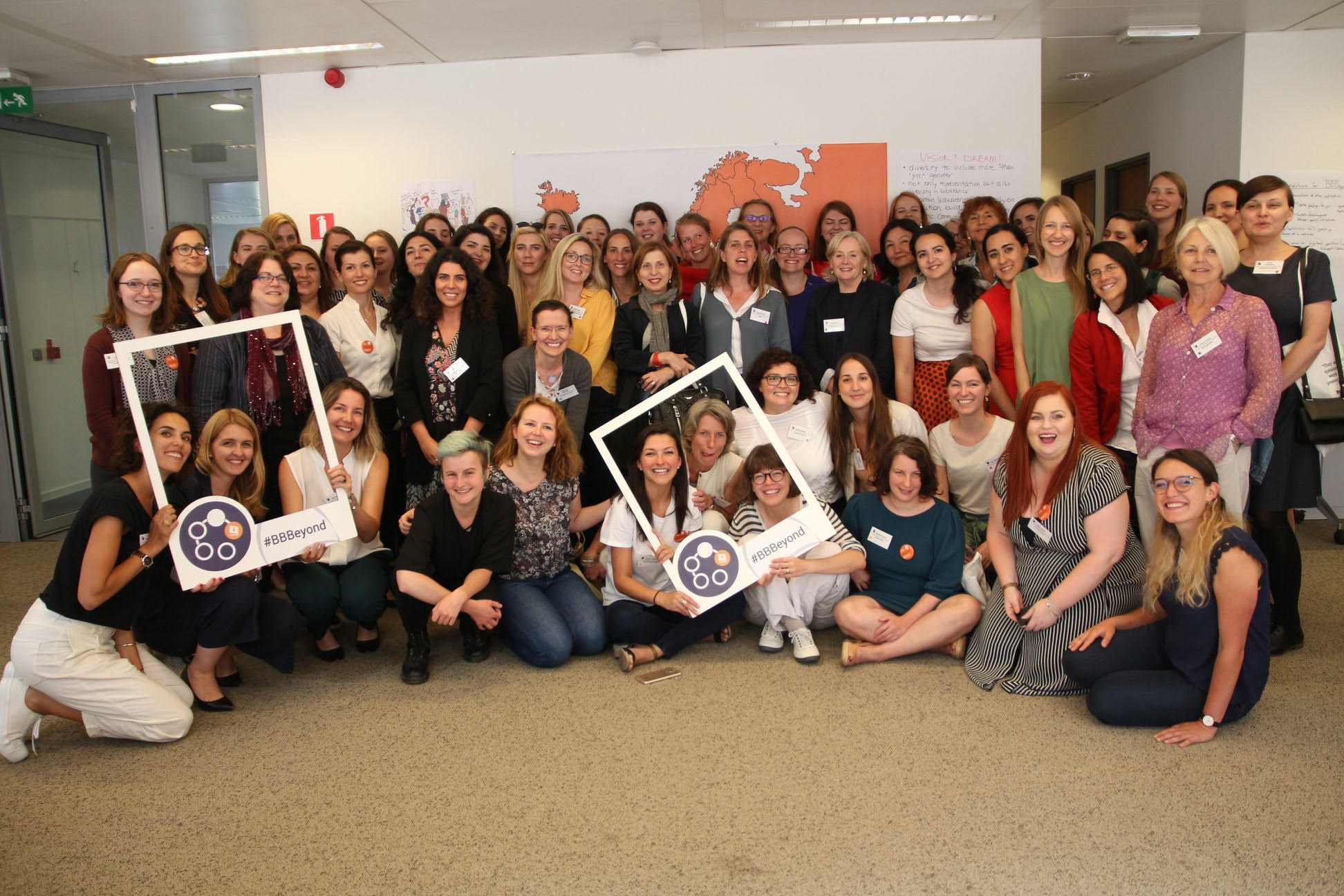 A part of the agenda was called the Knowledge Café: a series of parallel sessions aimed at diving deeper into subjects and forming workstreams. I was invited to co-host one of these sessions, to debate how to keep our community strong and alive. The room was packed. I admit I did some marketing the evening before over dinner 😉 but the real truth was that we all needed to clarify how to turn this initiative into something long lasting. Now that we had learnt so much we could not afford losing all these connections. We started the session with a simple exercise I took from another workshop we did in a marketing event at BCG and many times at the NOI Club events: we threw a green ball of yarn across each other and those throwing it would hold one end. The same thing would be done by those catching it. In the end we formed a strong green net! At that point someone noted: “this is a beautiful representation of what a network really means, but we need to make sure that each of us holds on their inch of thread”.

We spent one hour planning the future of #BBBeyond. We came up with a clear path. And we will deliver!

“Seeing is believing” they say. I live and breathe gender balance discussions. They are my bread. I run a community of women. I work in a company that made achieving diversity one of its goals, for itself and for its clients. Yet, seeing the map, hearing the stories, looking at the green net made me realize that there is much more happening than I, than we all know. If we had a penny for all the women-supporting initiatives I heard exist during the meeting, we would be able to close the gender pay gap! So my ask to all of you caring about giving access to the same opportunities to both halves of the world population is…find ways to turn “I did not know” into “now I know! And I am going to ensure others do too”.

This is the power of our social capital and we are obliged to put it to everyone’s service.