…It’s my fourth anniversary of becoming a civilian.

I love this anniversary. It marks such a fundamental change in my life. One of real fork-in-the-road moments in life. I really enjoy taking some time to reflect on what’s happened in the last year and to check-in with the new life I’m creating for myself.

And every year, I look at where I am, at how far I’ve traveled, and I am slightly in awe. I didn’t know life could be this way. I didn’t know I could feel this fulfilled and happy.

It’s not that I wasn’t happy or fulfilled when I was in the RAF – far from it – it’s just that my capacity for peace and joy seem to grow year on year.

This has not been an easy journey. There has been heartbreak and despair and hopelessness. There has been sweat, blood and a hell of a lot of tears. I’ve experienced some of my lowest lows but as I stand here today, those impossibly difficult times have forged me. Without them, I wouldn’t have had the impetus to keep moving forwards. [An aside – did you notice how I can’t just tell you that I’m really loving life at the moment? I really felt the need to justify it and make sure you know how hard I work. I’m deliberately leaving this in because (a) I don’t want you to think I’m some special unicorn because I’m not and (b) I see a lot of my clients doing this very same thing so I just want to call it out.]

I don’t pretend to have any of it figured out so here are some stream-of-consciousness ramblings about this journey so far.

It wasn’t a mistake

I talk to a lot of people who are trying to change careers. One of the most common things they say is they feel that they’ve wasted their lives. That they made a mistake choosing that career.

I felt like that when I first started thinking about the leaving the RAF. I didn’t know how I was going to start again. I thought that I had made some huge mistake at 21. Because if I wanted to leave now, it must be because I was wrong then.

Yes, joining the RAF meant I didn’t get to spend my twenties living in London. I missed out on weddings and summers and experiences because I was off doing other things. Saying yes to anything fundamentally means saying no to something else. Do I regret that? No. Those decisions and experiences made me the person I am today. It gave me skills and opportunities that I wouldn’t have had elsewhere. For good or bad or just for the hell of it, it is an integral part of my story.

“So let me get this straight. You used to be in the Air Force, and now you do what?”

That’s a fairly typical response I get from people when I tell them my story. How I used to be a commissioned officer in the Royal Air Force and now I’m a yoga teacher, a life coach, an entrepreneur, a women’s rights campaigner, a gender and security expert…a multi-potentialite.

I don’t really know I got from there to here – a lot of hard work, some luck – but I believe you can really do anything you want. You don’t have to be defined by what you used to do or who you used to be.

For many years, Flt Lt Anderton was not the same person as Vix.

I’m not sure I even properly understood that at the time. But I remember the feeling vividly when I realised I could just be me. I could look the way I wanted, do what I wanted and just be me.

And me is a bit of a chaotic mess, let’s be honest. A barrel of contradictions.

Embracing all that weirdness and wonderfulness is proving to be a journey in its own right. I don’t always know where I belong. I sometimes don’t like all those bits of me – there’s a whole other story I’ll tell you sometime about how I’m coming to terms with my own vulnerability.

But I am grateful I live in a world where that is possible and I am deeply aware that many people don’t have that luxury.

One of the things I wanted most when I left the forces was control over my career and life. To choose my next job. To be able to change jobs without having to move – fun fact, my current flat is my 32nd home and I was 33 when I moved in.

Choice is an amazing thing. Being in charge of your own destiny can be empowering and thrilling. It is also downright hard and scary.

No more blaming the desk officer for a rubbish posting. No more railing against the system. The buck stops with you. There’s no security blanket any more. No-one told me that you don’t just get a job and that’s that. No, now you have to manage your career. Decide when the right time to move is. Decide where the right move is.

Like a shark. You keep swimming or you die.

But because you keep swimming, keep moving forward, you get to create something. You get to choose which direction you swim in, which oceans to explore – am I overdoing this metaphor yet? That momentum, that drive, is one of the most powerful forces you have.

Trust in something bigger

One of the reasons I left the RAF was just a feeling. It wasn’t even the little voice some people describe. My feeling was so subtle, I could have so easily missed it. It was the feeling that there was something more out there for me.

Call it destiny fate, a calling. I don’t know what to name it. I just have this feeling that drives me to what I do. And I trust it. It’s got me this far!

When I look at my cashflow forecasts (because that’s the type of thing I do) and I get a bit scared about paying the mortgage in a couple of months, I trust it. Because when I follow that feeling, good things happen. I meet the people I need to meet and good things happen.

I know the feeling requires me to do some work. Actually, it demands I do a lot of work, and quite a bit of it for no immediate reward. Trusting it, surrendering to it, doesn’t mean being passive or not taking action. I guess I just let go of the outcome and got focused on the process.

I’m getting to a point

And now I think about it – and sorry, it’s been a bit of a tortuous journey to get to a point, that’s stream of consciousness writing for you – maybe that’s how things keep getting better.

I’m learning to get out of my own way. To give up the perfectionism and the ridiculous expectations. To stop comparing myself. To define what I mean by success. I’m learning to live a life where my happiness, peace and fulfilment come from within me. Emphasis on the learning there – there are still a lot of days when I don’t manage this one iota.

Maybe I would have figured this out in the RAF. Maybe not. It doesn’t really matter. It just matters that I’m figuring it out.

I don’t know what the next year has in store. I had no idea that this year would turn out like this. Put it this way, last August I was in love, I took the whole month off, and had just started coaching a couple of people as a little side project. This year, I’m single, I had a co-founder and broke up with a co-founder, I have proper company (it’s registered at Companies House and everything), I’m now an aunt, I became the trustee of a charity and the Deputy Director of a feminist think tank. Last August, I had no idea any of those things would happen.

What I have been clear about all along is how I want to feel in my life. I want a life I don’t need a holiday from. I want a life full of interesting work that makes a difference in the world. I want a life full of uplifting, inspiring and supportive people who I care about and who care about me. I want a home where I feel settled and safe. I want to take advantage of all the things London has to offer. I want to be fit and strong and healthy. I don’t really mind how any of those things happen but that’s what I’m trying to create in my life…and it’s going okay so far so here’s to another year. 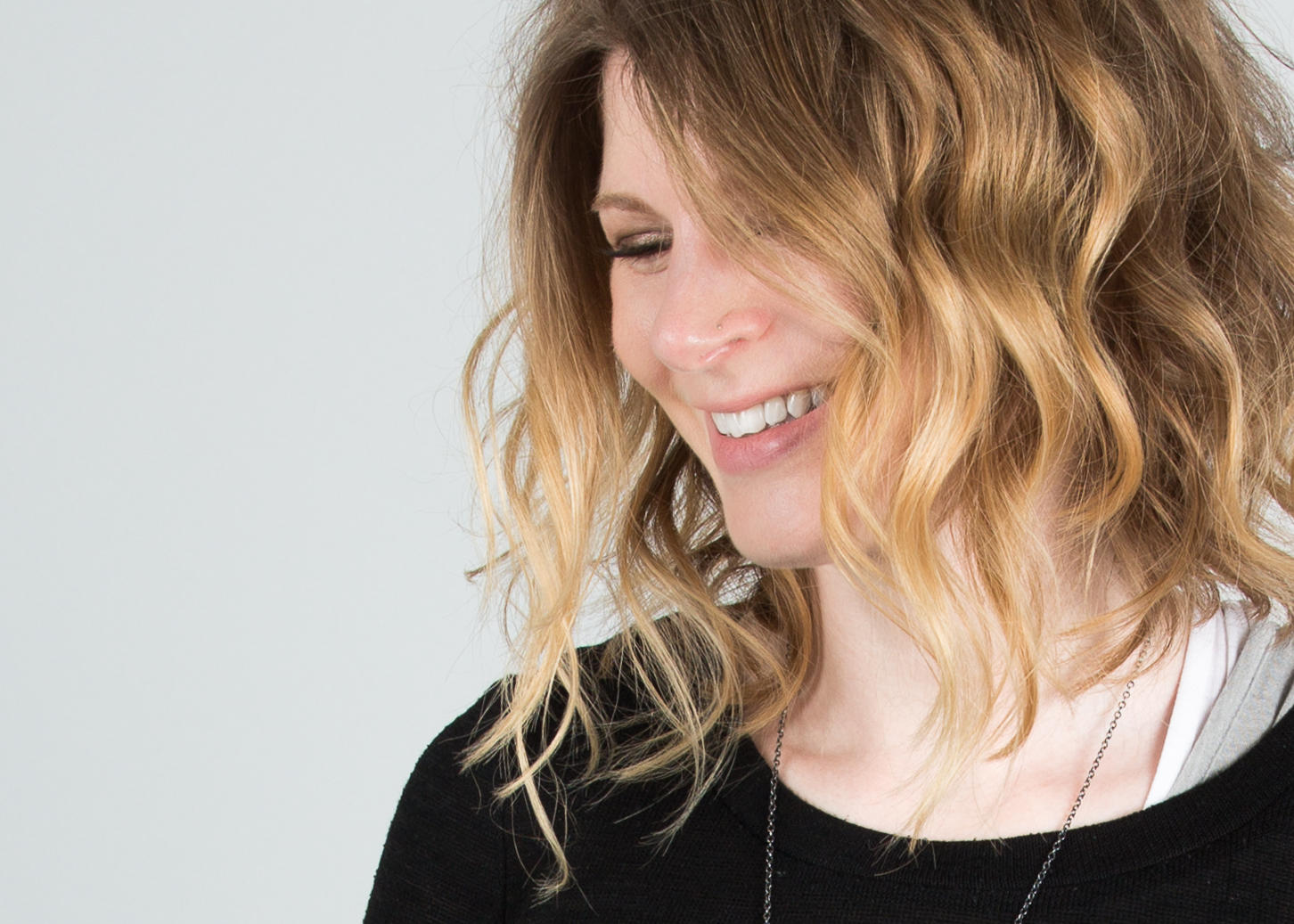 By having a balance of activities – mental, physical, creative, social and spiritual – as well as time for reflection and rest, we can look after our bodies, our minds, our environments, and our souls, and cultivate the sense of purpose and autonomy we need to thrive. As a life coach and a yoga teacher, Vix Anderton is passionate about wellbeing and promoting mental health in all aspects of life, not least work. She helps people manage their energy and emotions in line with their natural rhythms and their values. She believes in the core principles of self-awareness, self-worth and self-leadership. Thriving can often mean small, intentional changes to your mindset, motivation, and habits. Making these changes in ways that are aligned with your values and ambitions can create a powerful difference in your life.

Vix is the founder of The Practical Balance